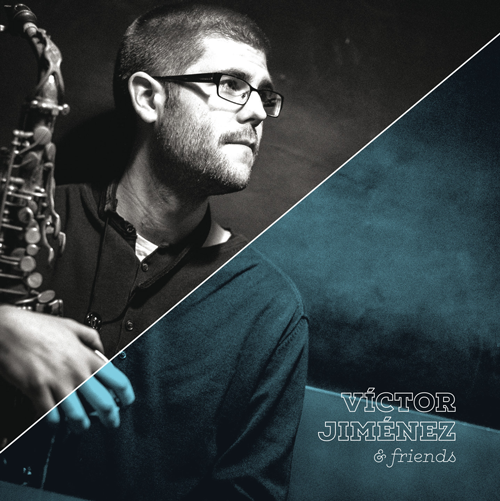 Victor Jiménez & Friends is a kaleidoscopic view in which jazz breaks in to link different genres. This project proposes that the listener experiences jazz through many, apparently antagonistic sonorities, where the saxophonist injects lyricism to the electric mood, which surrounds the repertoire.
The versatility of the program provides dynamism through changing rhythms and styles. This meeting of influences makes it attractive for audiences interested in getting to know with the infinite jazz possibilities.
The youthful explosion is a striking contrast to the mature improvisational language of the instrumental voices that take part in it. The open communication between the rhythmic base and melodic lines, emphasized by the double role of the guitar, crashes the intermittence between intimate and encounter passages.

The powerful energy fluctuates along the tunes led by the alto sax voice and Ewi sound, which shows up as an unlikely element. Víctor Jiménez & Friends moves around the organic and electric music with a strong groove filled by funk, heavy-metal permissions, psychedelic free moments and Latin rhythms. This release feeds the provocation and eagerness to experiment jazz richness without leaving behind swing’s essence and the warmness of the sax. Despite the rhythm’s force which is conceived as the main character, there are also subtle moments and space for ballads and half time intervals.

Víctor Jiménez & Friends presents itself as an open project for the musicians to develop their own personalities leaving empty spaces for other voices, like trombone or congas. Without a doubt, this is an appealing musical proposition inspired by many different resources to be launched as an emphasis bomb.